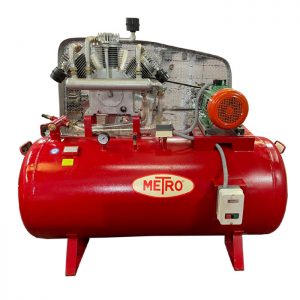 Two-stage compressors are preferable for factories and workshops than for private projects because of their endurance.

METRO Engineering Equipments has offers a distinct range of three-cylinder variants such as TCH 18, TCH 19, TCH 20, and TCH 21 with different RPM, displacement, and capacities. METRO ensures prime quality two-stage double-cylinder unit air compressors with a long-lasting design and heavy-duty endurance for a variety of industrial applications.